"
We would like to thank Mario Campanella and his colleagues for quite a detailed analysis of Enio Wilson's accident.

Nevertheless, as a HG manufacturer, we would like to supplement it and express our opinion on some details.

First of all, it is very sad to realize that this accident has happened. This is the first time that one of our gliders with a tail went upside down. That this happened just confirms that any hang glider, if it is a weight shift controlled glider, can go upside down either nose down or wing down, although with a tail the probability of tumble is much less. It is a pity that many other cases of glidertumbling if the pilot survives remain unknown, thus a lot of important information is missing. Being aware of all those accidents would serve as a warning and a good lesson for others. We can hypothesize about causes and effects but all the details of the accident will always remain undiscovered and the facts may never be known without the pilot.

Our analysis is based on the Mario Campanella accident analysis, on the information we picked up from the internet (OZ Report Forum) and the information from our Brazilian dealer.

Most probably the glider has rolled to the left side due to vertical shear with a sharp edge. It is hard to say what has happened afterwards. There are a few case scenarios:

- the glider could have just tumbled over the leading edge;

- the pilot could have braked upright with his body and glider tumble after that;

- the drogue chute could have deployed when the pilot was trying to recover (the drogue chute was deployed at some stage, we do not know and will never know when it has happened) and this would cause immediate tumble.

The pilot hit the underside of the glider, left side of the keel tube, the cross bar is broken exactly where the hit could occur. There is no way the cross bar could brake by itself - this part is the strongest part of the crossbar. Under the braking load it would brake at 1/3 from the LE junction, not anywhere else. All the crossbars without exception are load tested to 75 percents of braking load at the factory before installing them on Aeros gliders. The place of the failure looks typical and it looks like the under side has lost its stability first, which could happen if the pilot hit it.

Because the pilot found himself on the undersurface, close to the nose of the glider, the glider has tumbled over the nose with a side wire brake (as the cross bar was already broken) due to a strong dynamic load. The fact that it broke far away from the nicopresses proves this.

After the wire brake the glider has entered a spin and due to a huge load without cables support the keel tube broke.

Some time ago we have proposed to CIVL to forbid flying in the competitions with 2mm side wires, but our proposal was left without reply. Having 2.5 mm side wires could probably change the scenario of the accident.

There is a 3 mm sweep wire running along the keel tube, it is supposed to hold the structure in case of a keel tube failure. The cross bar center piece is 2.5 mm thick, the distance from the sweep wire attachment hole to the end of the piece is 15 mm. This amount of material is of the same strength or even stronger than a sweep wire, but it broke first. Maybe an additional 3 mm cable inside the keel tube would do the job, but certainly not webbing - it could easily get damaged by the sharp edges of the broken keel. Although having the glider in one piece does not guarantee safe rescue chute deployment, the g-load may not allow a pilot to deploy it properly, there are several accidents alike that have happened before.

The chute did not open most probably because the pilot was not capable to open it, he might lose consciousness when falling on his back and hitting the crossbar or later on during rotation. The helmet with a long fairing behind becomes very dangerous, as the end of the fairing works as a lever and with a load applied to its end it can easily damage a pilot's neck.

We do not know and will never know what the pilot did do before the tumble, was he holding the speed bar with both hands or not? Also, we do not know the sprog settings, the sprogs could have been lowered before the accident.

We do not know the airspeed right before the accident - a 10 seconds interval is too big to say something certain. The pilot could feel he is entering a thermal and could start slowing down taking his hand off the base bar to release the VG. We can only guess.

There is no guarantee that the pilot, no matter how experienced he is can be caught with the set of circumstances and this does not depend on the pilot's skills and experience.

Â…conditions were normal for Brasilia this time of year: dry air, strong thermalls - and I mean it, some 20 Km/h winds that doubled on the takeoff ridge due to venturi effect, and many many pilots on the start circle, as the competition had about 70 participantsÂ…

Â…pilots were on the start circle waiting for the start time, thermalling on what is arguably the most turbulent area: right over the ridgeÂ…

Â…they were not thermalling at the moment it happened, they were gliding and searching for a thermall. I believe this is important because it means that they might have been flying more slowly than appropriate for the turbulence, because they were in search mode. Enio in fact was the first in this group to find the thermall, so I guess he hit a miserably rough thermall edgeÂ…

Â…the pilot hit the under side of the wing very hard breaking the cross bar, and subsequently the wing also tumbled to the front, or pitched downwards from the upside down position it was in - it is still unclear if this was a secondary frontal tumble or just the wing trying to resume its flying, then the wing and pilot entered a violent spinÂ…

Â…as the witnessing pilot, who was a little to the right and a little behind Enio, saw the first tumble, he immediately got spooked and turned farther to the right, so he might not have flown over the exact same level of turbulence. He says there was a lot of turbulence around, but then again they were entering a thermall area and the general condition was very turbulent anywayÂ…

Â… - according to this witness who noticed the amount of trailing VG cable, he definitely had some VG pulled inÂ…

As a recommendation to all pilots we would like to recommend organizing and attending parachute clinics where it would be pointed out that chute has to be deployed as soon as possible after the glider tumbles or brakes, before the
strong spin is developed.

We also recommend choosing a rescue system which is easy to use and that can be opened during free fall and withstand a shock during the opening.

A hang glider is a weight shifted controlled aircraft, therefore its stability is limited compared to a conventional aircraft. In strong conditions the pilot's weight may be not enough to control a glider. One of the main design goals of the Combat 09 was to maximize pitch stability with a strong rigid sprog and dive sticks system and a compensated sprog system. After installing the tail on the Combat 09, pitch stability has greatly increased, allowing to lower sprogs settings and keeping required pitch-up moment. However, the tail works in a pitch direction only. It seams there remains a risk of a glider going upside down if extreme turbulence is encountered, and it is important that the pilot understands ways to minimize this risk:

- It is important to maintain sufficient airspeed in turbulence and quickly react, bringing the glider back to normal flying attitude, picking up the lost airspeed.

- It is very important that the pilot holds the speedbar tight and close to the chest or just below the chest, which greatly aids in producing a quick glider recovery.

- In chase of performance modern hang gliders have got pretty close to rigid wings. With VG on there is very little lateral wing dampening. Also, due to a very small lateral surface with VG on there is a very little yawing moment
and the glider does not turn its nose immediately. At not full VG settings handling and dampening significantly improves, this helps a lot to control a glider. Loose VG settings, due to the sprog compensator system, produce
stronger positive pitch moment than tight VG setting. Therefore, it is necessary to release the VG completely or to 1/3 VG when expecting a strong turbulence. Flying modern hang gliders might also be the right time to reconsider flying technique and start using VG more graduated.

- While in turbulence it is also very important to keep a very firm grip on the speedbar.

From our side, as a hang glider manufacturer we will do the following changes in our hang gliders:

- there will be additional cable running inside the keel tube.

- we have been proposing before and we insist on using 2.5 mm side wires compulsory for all hang gliders in future." 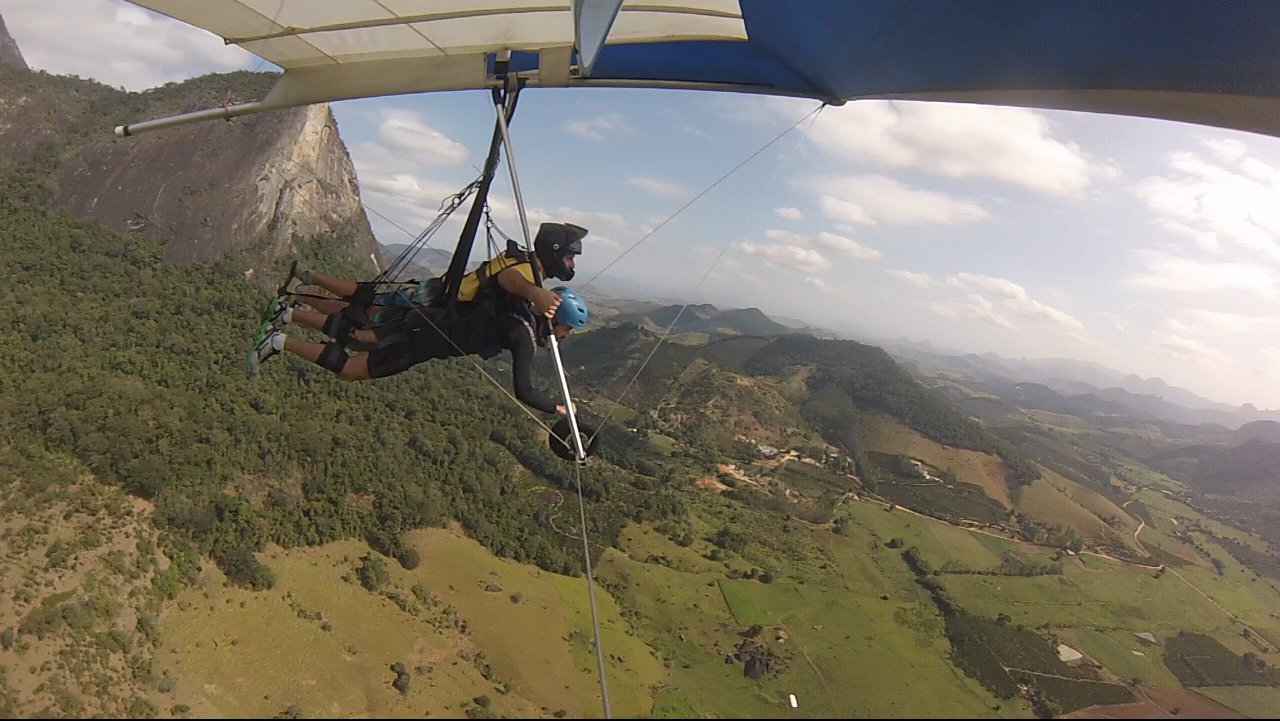